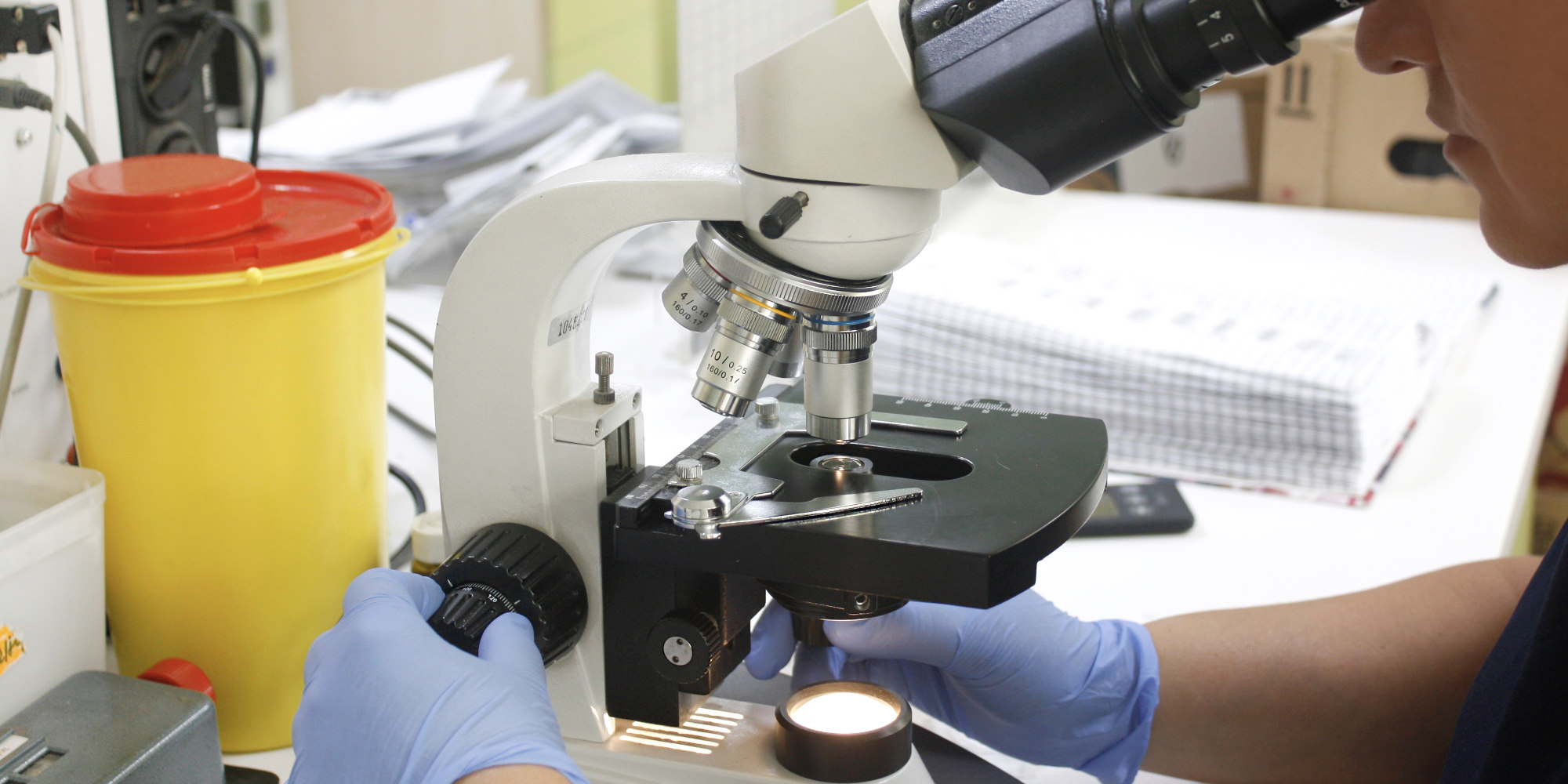 GHTC joined a coalition of more than 80 global leaders and 25 cross-sector organizations in calling on world leaders attending the United Nations General Assembly to convene a global summit to ignite an urgent global action plan to end the COVID-19 pandemic.

3 takeaways from the WHO Executive Board meeting

With the global health emergency of the novel coronavirus looming large, last week the global health community gathered in Geneva to kick off the World Health Organization (WHO) Executive Board (EB) meeting. GHTC was on the scene following the official agenda and delivering statements. Here are our top three takeaways from this year’s EB.

Written by Ansley Kahn / GHTC
Read time:
Interested in more global health innovation news? Every week GHTC scours media reports worldwide to deliver essential global health R&D news and content to your inbox. Sign-up now to receive our weekly R&D News Roundup email.  A vaccine candidate for gestational malaria, known as PRIMVAC, has yielded promising results in a small clinical trial evaluating its safety and effectiveness. PRIMVAC was shown to be well-tolerated and to elicit an immune response in 100 percent of the 68 non-pregnant women vaccinated after only two injections and for up to 15 months after the initial vaccination. Malaria is particularly dangerous to pregnant women because the red blood cells infected with the Plasmodium falciparum parasite that causes malaria accumulate in the placenta, promoting anemia and gestational hypertension. Gestational malaria is also linked to a higher risk of spontaneous abortion, premature birth, and intrauterine growth delays leading to low birth weight and a high rate of neonatal mortality. Future clinical trials will focus on studying the immune response elicited by PRIMVAC longer term. Last Tuesday, the US Food and Drug Administration (FDA) issued an emergency use authorization of a diagnostic test for the novel coronavirus (2019-nCoV) that has emerged in China, sickening more than 20,000 people and killing 427 globally. This exemption will make the test—developed by the Centers for Disease Control and Prevention (CDC)—available to public health labs across the United States and around the world in an effort to contain the disease’s spread. CDC has already shipped the test to a repository where states and international partners can order it. The nonprofit Foundation for Innovative New Diagnostics (FIND)—which works to expand diagnostic capacity in low-resource countries—is now using viral isolates of 2019-nCoV to evaluate the CDC’s diagnostic test and others like it. Scientists at the Walter Reed Army Institute of Research (WRAIR) have shown for the first time that a single dose of an experimental Zika vaccine, ZPIV, in individuals previously infected by dengue can boost pre-existing immunity and elicit antibody responses against both Zika and dengue. This result was compared to trial volunteers with no prior exposure to dengue who required two vaccinations of ZPIV to reach a similar magnitude of Zika antibody responses. These findings indicate that an effective Zika vaccine could boost dengue virus immunity and generate Zika antibodies that have the potential to be a prevention tool in regions where both diseases are endemic. In three phase 1 human clinical trials the ZPIV vaccine, developed by WRAIR, has shown to be safe and well-tolerated in healthy adults and to induce a robust immune response.
PATH/Matthew Dakin

Written by Ansley Kahn / GHTC
Read time:
Interested in more global health innovation news? Every week GHTC scours media reports worldwide to deliver essential global health R&D news and content to your inbox. Sign-up now to receive our weekly R&D News Roundup email. A broad study of a promising HIV vaccine has ended in failure after an interim analysis showed it was no more effective than placebo in preventing infection. Vaccinations for the Uhambo study in South Africa were halted following the determination on January 23 that 129 people who received the vaccine developed HIV while 123 people who were given placebo also contracted the infection. The trial began in 2016 following testing of a modified version of a vaccine that had proven to be modestly effective in a trial in Thailand four years earlier, thus warranting further study. The Uhambo study was only the seventh large-scale human trial of a vaccine for HIV, a virus that infected 1.7 million people worldwide in 2018, according to the Joint United Nations Program on HIV and AIDS. Two other large human trials of another HIV vaccine candidate, designed by Janssen Pharmaceuticals, part of the health care giant Johnson & Johnson, are currently underway. Funding to develop new technologies for some of the world’s leading infectious disease killers, such as HIV and AIDS, tuberculosis, and malaria, reached a record high of US$4 billion in 2018 with strong increases from the private sector, according to the 2019 G-FINDER report. This marks both the largest real annual funding increase on record and the first time that funding has grown for three consecutive years. However, investments in research and development (R&D) for neglected tropical diseases (NTDs)—a subset of debilitating but lesser-known parasitic, viral, and bacterial infections—have plateaued in the past two years and even declined by $34 million over the last decade, according to the report, which was released on the first World NTD Day. The G-FINDER report provides a comprehensive annual look at investments in neglected disease R&D, including how investments are allocated across diseases and product types, funding trends over time, and potential gaps in funding. People showing no symptoms of the novel coronavirus appear to be able to spread it, according to a report in the New England Journal of Medicine. If this finding is confirmed, it will make it much harder to contain the coronavirus, which has caused an outbreak in China and has led the World Health Organization to declare a global health emergency. Some viruses can only be passed when a person is exhibiting symptoms, while others can be spread a day or two before the onset of symptoms—meaning people who are contagious but are asymptomatic can unknowingly spread the virus, complicating containment efforts. According to the report, a woman from Shanghai flew to Germany where she appeared to have passed on the virus to a German colleague a day or two before being symptomatic herself. As of Thursday, the coronavirus was reported to have infected nearly 9,700 people in China, killing 213. Approximately 100 more infections but no deaths have been reported in 18 other countries.
PATH/Nguyen Phu Cuong

Written by Ansley Kahn / GHTC
Read time:
Interested in more global health innovation news? Every week GHTC scours media reports worldwide to deliver essential global health R&D news and content to your inbox. Sign-up now to receive our weekly R&D News Roundup email.  GlaxoSmithKline has licensed a promising tuberculosis (TB) vaccine candidate to the Bill & Melinda Gates Medical Research Institute in an effort to advance this vaccine for use in low- and middle-income countries. The institute will lead further development of the vaccine candidate and sponsor future clinical tests. The vaccine candidate, developed in collaboration with IAVI, was shown in mid-stage testing to be effective in approximately half of the people who were vaccinated for as long as three years. The only licensed TB vaccine that currently exists—called Bacillus Calmette-Guerin—prevents severe disease in infants and young children but gives limited protection to adolescents and adults. TB infects about 10 million people annually, killing about 1.5 million.A new research group at the National Institutes for Health (NIH) tasked with conducting human trials for vaccines against emerging health threats will be testing the first of likely many experimental vaccine candidates against the novel coronavirus that emerged in Wuhan China late last year. They hope to have a vaccine ready to test in just three months’ time. Chinese scientists quickly identified the genetic sequence and posted it publicly, allowing scientists to begin vaccine development without waiting for a sample of the virus. NIH scientists are now working with US biotech Moderna Inc. to develop an RNA-based vaccine, while additional candidates are in development by other funders and companies. According to Director of the National Institute of Allergy and Infectious Diseases Anthony Fauci, three months from gene sequence to initial human testing would be the fastest the agency has ever gotten such a vaccine off the ground. As of Friday, Reuters reports more than 800 people in China have been infected with the new coronavirus and 26 have been killed. Cases have also been confirmed in Thailand, Vietnam, Singapore, Japan, South Korea, Taiwan, Nepal, and the United States.According to a report by the Access to Medicine Foundation, the world is “precariously reliant” on a small number of pharmaceutical companies to develop new antibiotics, running the risk of a rise in superbugs. The biennial Antibiotic Resistance Benchmark report, which looks at pharmaceutical companies’ efforts to tackle antimicrobial resistance, found that only a core group of eight drug firms are developing antibiotics and that the pipeline of new products is very small. This report echoes a warning from the World Health Organization last week that a lack of private investment and innovation in the development of new antibiotics is undermining efforts to combat drug-resistant infections. Drug-resistant infections are predicted to kill 10 million people annually by 2050 if drug resistance continues to grow at its current rate—meaning that, increasingly, the treatments we rely on to kill infections are not working, and new ones are needed.
View all blog posts